After his blue period but before the major breakthroughs of early modern art, Picasso was finishing his Rose Period.  These portraits all are marked by layered figures and textures as well as fluid lines and shapes.  Where the blue period was marked by the suicide of his close friend Carlos Casagemas, the rose was influenced by his romance with Fernande Olivier and his residence in Montmartre, Paris.  This style would have a great impact on his later works and would quickly be followed by his African influenced period and Picasso’s first experimentation with cubism. 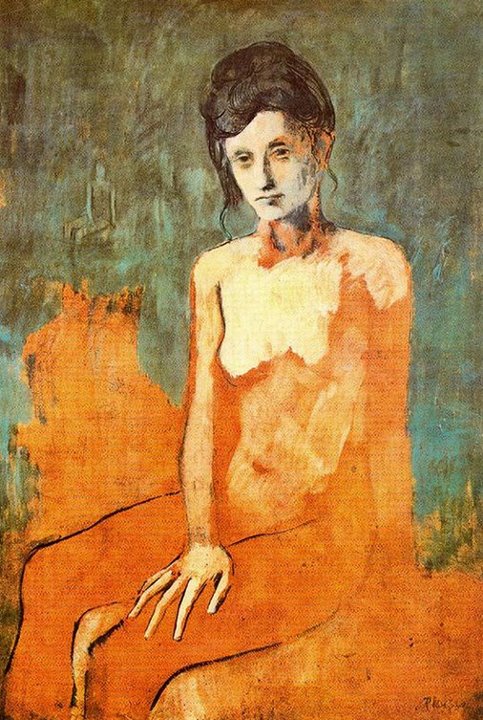